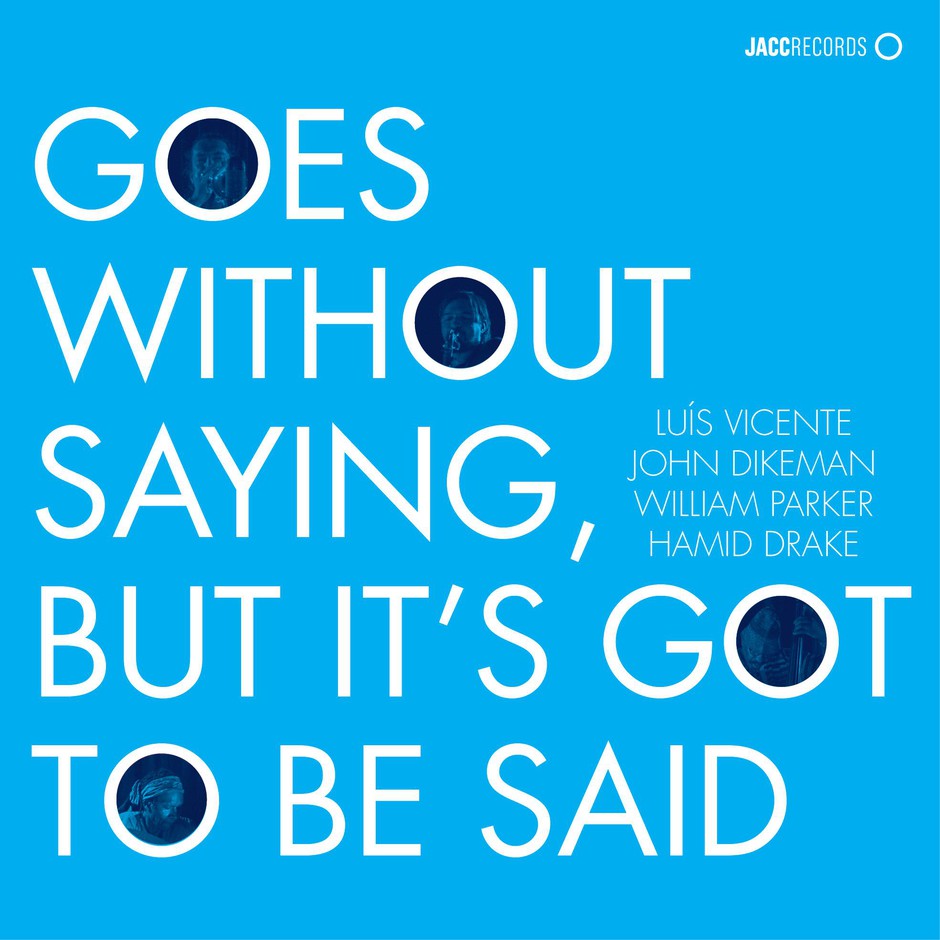 Mixed and mastered by Rafael Silva

"Goes Without Saying, But It's Got To Be Said" is the product of an outstanding performance by brilliant musicians who need no introduction. Luís Vicente, John Dikeman, William Parker and Hamid Drake come together for JACC Record’s 40th Release, in a record truly out of this world.

LUÍS VICENTE is a Portuguese trumpeter and composer that has performed on some of the most recognized stages in Portugal, such as the Sudoeste festival or Coliseu de Lisboa, and also in Hungary, Berlin and Spain. He edited his first record with JACC Records (the Jazz ao Centro Clube seal) in 2012. Since that year he has built a solid career, having released four albums in 2018.

JOHN DIKEMAN is an american saxophonist currently residing in Brussels. After completing his studies and working for several years with various American musicians the likes of Nate Wooley or Mike Pride, he moved to Egypt. There he lived for 3 years and performed with many artists, from the Cairo Symphony Orchestra to pop star Mohamed Mounir. After passing through Budapest and Paris, he went through Amsterdam, where became an integral part of the city's musical scene.

WILLIAM PARKER is a bassist, improviser, composer, writer, and educator from New York City, heralded by The Village Voice as, “the most consistently brilliant free jazz bassist of all time. ”In addition to recording over 150 albums, he has published six books and taught and mentored hundreds of young musicians and artists.Parker’s current bands include the Little Huey Creative Music Orchestra, In Order to Survive, Raining on the Moon, Stan’s Hat Flapping in the Wind, and the Cosmic Mountain Quartet with Hamid Drake, Kidd Jordan, and Cooper-Moore.

HAMID DRAKE is a highly regarded percussionist known for his extensive work in avant-garde jazz and improvised music and his expansive style that incorporates Afro-Cuban, Indian, and African percussion elements. Initially emerging in saxophonist Fred Anderson's group in the 1970s, Drake has collaborated extensively with top free jazz improvisers like Peter Brötzmann, Ken Vandermark, and William Parker, among others. He has also drawn praise for his eclectic albums, including 1992's Hyperion, 2000's Emancipation Proclamation: A Real Statement of Freedom, and 2007's From the River to the Ocean with Anderson.