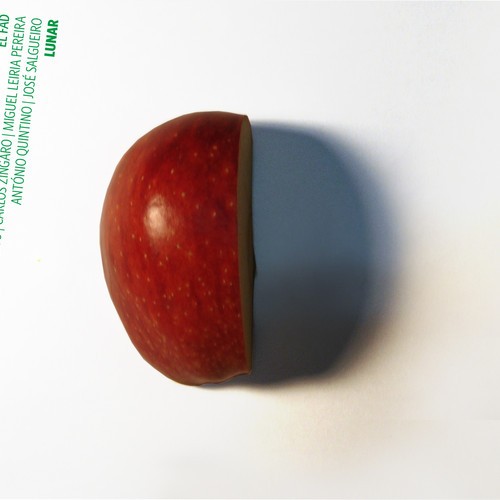 «Lunar» may be «open», but it is rigourous.
Just listen to the percussive filigree, or a string quartet at ease in jazz, Bartok, in the oriental musical tradition, in a certain “progressive rock”, ironic/iconic, or in the Mediterranean tradition.
No need for presentations. Zíngaro, sacred monster for my generation, has become a first line character in the world’s “free music”. Peixoto’s sublime strings remind me of Ralph Towner, or the forgotten Phillipe Deschepper, but with its own soul. The others are superb pears in the kingdom.
It’s not very common to find a “folk jazz” (let’s call it that way) without stereotypes.
Rare is the mythic example of “Violin”, with the Oregon and Zbigniew Seifert, and over more than 30 years. There is now an “El Fad”, without the usual low quality Celtic tricks or Moorish acrobatics.
In the double basses I hear Barre Philips e Glen Moore, in the unisonous cracks Charlie Parker arises, but the whole is much more than the algebraic sum of the parts.
“El Fad”, truly, has created a “sound”, species of Zappa’s “Big Note”. A fingerprint that allows the immediate recognition.
It is our destiny: border music, without borders.
Nuno Rogeiro