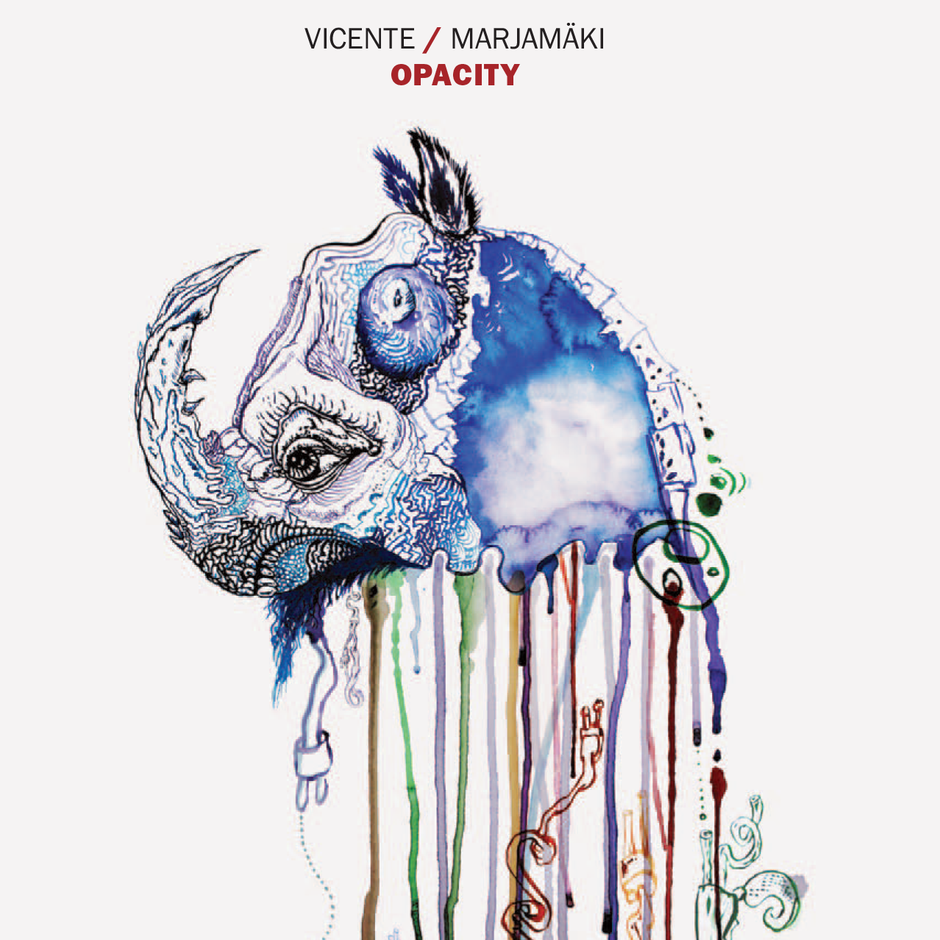 “Opacity” is finnish-portuguese duo Luís Vicente / Jari Marjamäki's first release on JACC and their second full album, following the 2013 debut Alternate Translations (MiMi Rec). In resemblance to its predecessor, “Opacity” is a compilation of live-on-stage recordings deploying realtime composition aesthetics where all music is composed, performed and recorded in front of live audience, over different locations and spaces. Nomadic recording methods function as a documentation vehicle for the pair's musical exercises, as such, no post-editing has been employed on the release allowing listeners direct insight into the duo's creative process.
On the course of it's running time, the record reveals a wide range of tonalities and detail delivered by Vicente's snaking, effect-laden trumpet lines paired with Marjamäki's electronic textures and organic drum programming. On “Opacity” the duo deviates from their customary line-up by introducing a range of relevant collaborators from the european free-improvisation scene into their outfit: Valentin Ceccaldi (cello), Pedro Madaleno (guitar), Miguel Mira (cello), Marcelo dos Reis (guitar).