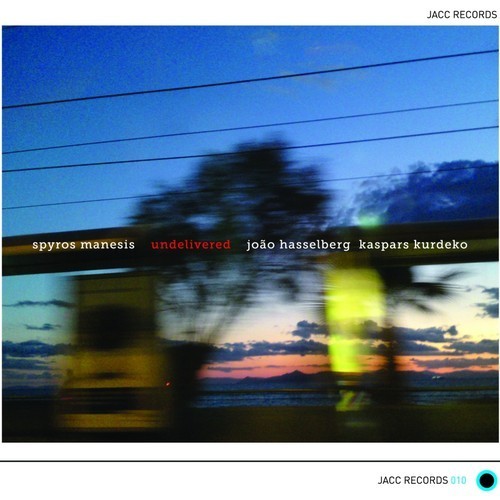 Recorded in Timbuktu Studios, Lisbon, on 29 and 30 of March, 2011 by André Fernandes and Nuno Costa

Mixed and mastered by Luís Delgado

Spyros Manesis Trio was formed on 2010 in the Netherlands by three young international jazz musicians that graduated Amsterdam  Conservatory.

The understanding and the unique chemistry among the three musicians have helped the trio develop a distinguished sound characterized by lyricism, a wide range of dynamics and textures, a high level of musical interplay and a spirit of real improvisation. The trio performs mostly Spyros's original compositions which although generally could be described as “modern jazz”, at the same time they incorporate influences from western and non-western traditions that Spyros has been exposed to during his life and his studies. For example his piece “The pinwheel” is a blend of impressionistic harmony together with Balkan rhythmology, or the piece “Falling” reminds piano music by Erik Satie the same time that incorporates Arabic modes.

The trio have recorded their debut album “Undelivered” for the Portuguese label JACC Records, which has received rave reviews internationally and have performed in the Netherlands (Amsterdam Blue Note) and toured twice in Portugal (Jazz.pt Festival, Viseu, Coimbra, Lisbon, Sesimbra). A tour in Greece is scheduled for October 2012.