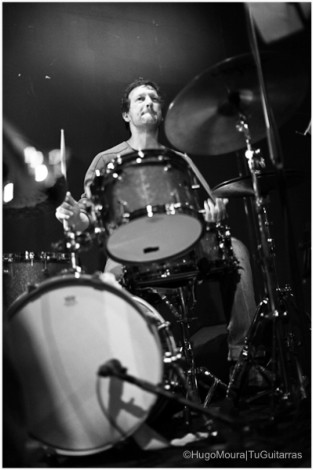 He began his studies of drums in 1980 at the Hot Club Portugal’s School of Jazz. In '85 he attended the Academy of Music Amateurs where he concluded the 5th grade of Musical Training.

Being a versatile musician, accompanied various Portuguese artists. Between 1984 and 1992 he joined the band of singer/songwriter Fausto, with who he worked regularly. Between 2000 and 2003 , was part of the band of singer/songwriter Mafalda Veiga. Acted and also accompanied Vitorino, Sérgio Godinho, and Brigada Victor Jara. Currently, the band includes singer Marta Hugon, the Hot Clube Portugal Septet, and the Hot Club Portugal Orchestra.

Its activity has been also divided as a drum teacher, having taught at several music schools.