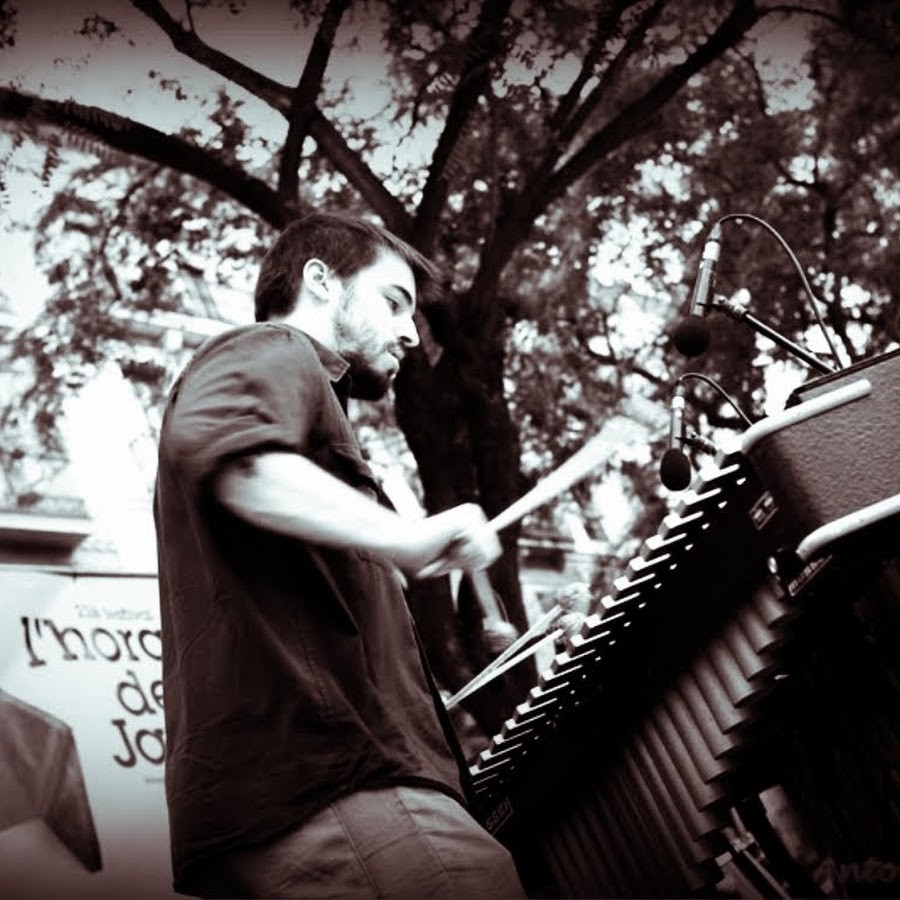 Andreu Vilar-Juanola (1984) started to study music and simphonic percussion with Santi Molas - teacher at the Conservatori Isaac Albéniz, run by the Diputació de Girona. He finished his vocational training studies at the Conservatori del Bruc in Barcelona, being awarded in 2007 the Chamber Music Honour Award.

He started taking classes for his bachelor’s degree in music by attending the Jazz Instruments and Modern Music Programme at the Conservatori Superior de Música del Liceu in Barcelona. There he had Marc Miralta as a vibraphone teacher.

He then took classes in Berlin with the vibraphonist David Friedmann and in Porto with vibraphonist Jeffery Davis. In 2010-2011 he was awarded a scholarship at ESMAE (Escola Superior de Musica e das Artes do Espectáculo do Porto) in order to continue studying with Jeffery Davis. During his stay in Porto, he also took improvisation classes with Nuno Ferreira.

He was awarded the prize for the best combo (Escolas Superiores de Música de Portugal) at the 9th edition of the São Luiz Jazz Festival, organized in 2011 in Lisbon.

During his stay in Portugal he played at the Jazz Festival from Guimarães and at the Serralves Festival and he collaborated with the American drummer Michel Louren.

He also played as a vibraphonist in tours across Spain with various bands. He played in 2011 with the hip-hop band Kase.O Jazz Magnetism, and in 2009, in the “Diversons” project, with the afro-cuban music group Bloque 53.