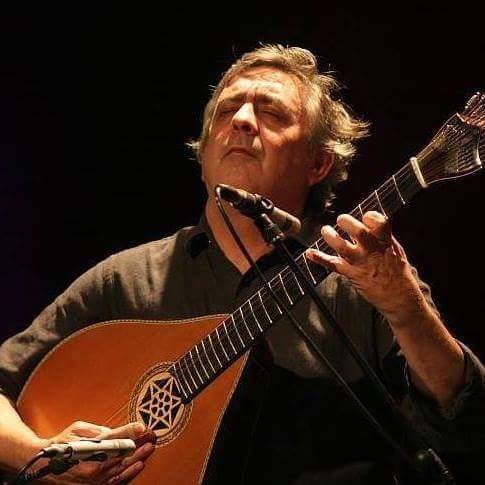 António Eustáquio was born in Portalegre. Despite spending a lot of time in the country's capital, Alentejo is its natural environment. He has a degree in Music – Portuguese Guitar. Teacher of Music Education, in official education, takes the task of teaching seriously. Despite the intense musical activity, we will probably hear, whenever we ask him, say that his main activity is teaching. He spent several years looking for new directions for the Portuguese guitar, which is easy to see if we look at some titles in his discography, where, for example, we find “Antonio Vivaldi on Portuguese guitar” or “Bach on Portuguese guitar”.

Accompanied by Camerata Lusitana, he takes the opportunity of Carlos Paredes to the letter, that is, confirms the expressive possibilities of the Portuguese guitar as a solo instrument, interpreting works that require enormous virtuosity and interpretative rigor. The encounter with Guitolão, a new Portuguese instrument, is a defining moment. He is currently one of the only owners of the instrument suggested by Carlos Paredes and built by Mestre Gilberto Grácio. The first record with this instrument was released at the end of 2008, where we heard it alongside the “Quarteto Ibero-americano”. His latest project, with bassist Carlos Barreto, brings back an old love for jazz. In fact, he started playing the electric guitar in his teens and even attended the Escola do Hot Clube de Portugal.