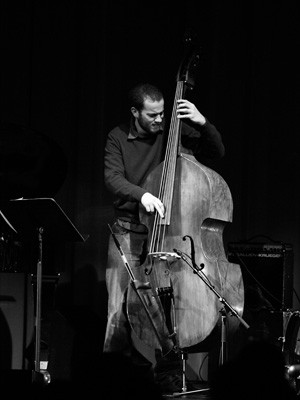 Born in 1988 in a "musical" family, even though none of the members devote themselves to professional music.

In 2004, Quinn began playing electric bass at school JB Jazz in Lisbon. The very next year, opted for the double bass, with the teacher's Yuri Daniel and Demian Cabaud .

Represented the school on several occasions, particularly on the Festa do Jazz do S. Luiz, where his performance was recognized in 2011. Mobility within the European area of ​​education , he attended the Conservatoire National Supérieure de Musique et de Danse de Paris, having crossed path with musicians such as Fred Hersch , Billy Hart, Larry Grenadier, Anders Jormin, Riccardo Del Fra and Dre Pallemaerts. After the parisian experience, headed to New York, where he had private lessons with Matt Penman, Joe Martin and Ian Froming .