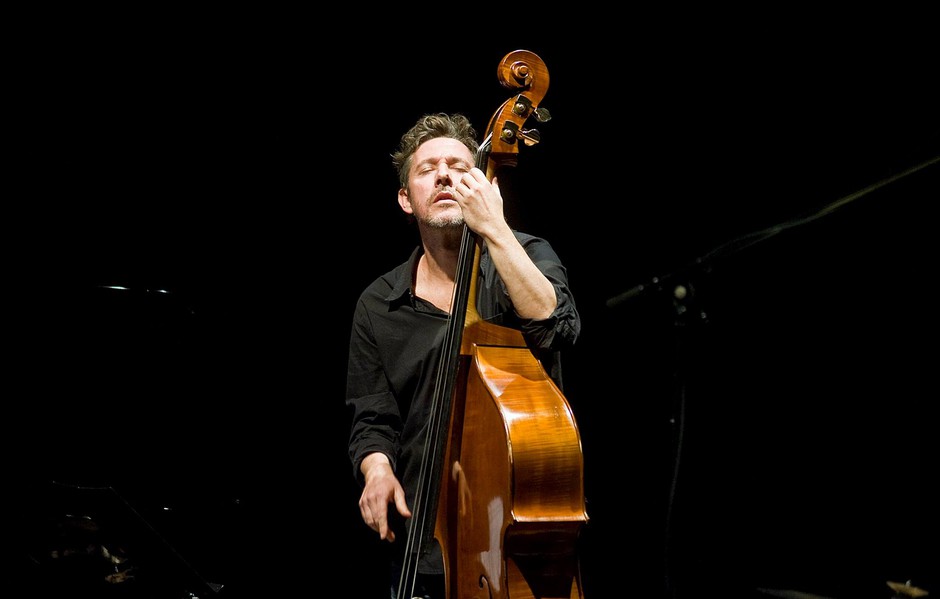 Bernardo Moreira began his musical studies at the age of 16, having attended the Academia dos Amadores de Música in Lisbon and studied with Fernando Flores, Niels-Henning Ørsted Pederson, Rufus Reid and Reggie Workman.
In parallel with his career as a musician, he is currently a professor at the Jazz School of the Hot Club de Portugal.
With the Mário Laginha Quartet, he performed in Europalia (Belgium and Luxembourg). Also with this musician and Julian Argüelles, he toured England at that time. He also played with the legendary Benny Golson, Curtis Fuller and Eddie Henderson in a series of concerts in honor of Art Blakey. In 1993, he toured the United States with Moreiras Quinteto and vibraphonist Steve Nelson, playing at the North Carolina International Jazz Festival.

He participated in concerts with Norma Winstone and Conrad Herwig and performed in Spain with the legendary Art Farmer, Ricky Ford and the Italian singer Maria Pia de Vito. He also performs concerts with the Orquestra Metropolitana de Lisboa as a guest soloist.

In the following years, the recording of the CD Luandando with Freddie Hubbard stands out, in addition to concerts and recordings with saxophonists Steve Slagle and Rick Margitza. Between 1996 and 1997 he participated in the Serralves Jazz Festival, with the Enrico Rava Quartet; at the Gulbenkian Jazz Festival, with the Hot Club's Big Band and the singer Maria João and at Jazz Um Dia de Verão, with the Moreiras Quinteto. In addition, he performed several concerts in the country with Rich Perry, Jimmy Owens, Bruce Barth and Phil Markowitz.

At the Guimarães Jazz Festival, he was part of the All Star Big Band directed by Michael Gibbs with musicians such as Perico Sambeat, Mário Laginha, João Moreira, Nguyên Lê, Martin France and Julian Argüelles. At Jazz em August 99 at Acarte, with the Hot Club's Big Band, he participated in a tribute to Duke Ellington alongside guest Mark Turner.
He toured with Benny Golson and the Big Band of the Hot Club Portugal, in addition to presenting his new musical project “Homenagem a Carlos Paredes” at the Coimbra Jazz Festival in November 2000. He participated in the presentation of the Viagens suite, integrating the Pedro Moreira's septet at the Guimarães Jazz Festival and at Culturgest in Lisbon.