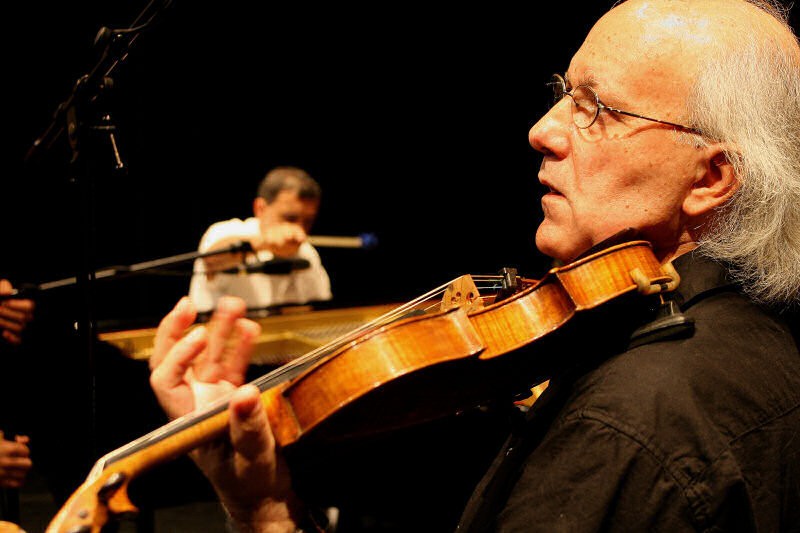 During the 60s, Zíngaro was a member of the University of Lisbon Chamber Orchestra. In 1967 he created Plexus, the only Portuguese group to develop, at that time, an approach based on contemporary music, improvisation and rock approach .

Carlos "Zíngaro" is one of the most important figures in the practice of improvisational violin, at Billy Bang , Mark Feldman , Takehisa Kosugi and Dominique Pifarely’s level. As comfortable in " avant garde " situations as in more formal jazz and even in rock, Carlos Zíngaro has been playing with many of the most important musicians of the international scene, as Lee Konitz Otomo Yoshihide, Anthony Braxton, Barre Phillips, Daunik Lazro, Derek Bailey, Joëlle Léandr , Jon Rose, Kent Carter, Ned Rothenberg, Peter Kowald, Roger Turner , Rüdiger Carl, Dominique Regef, Evan Parker, Günter Müller, Andres Bosshard, Jean-marc Montera and Paul Lovens . In parallel, he has made his name in the areas of dance and theater, as a scene songwriter.