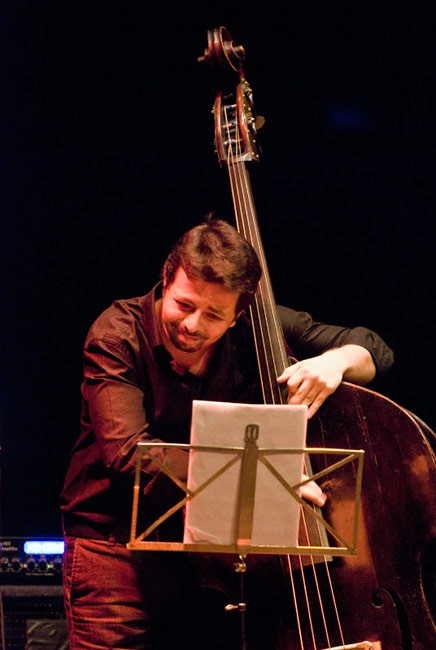 Cícero Lee born in Lisbon in 1982. Studying music since the age of 10, when he started on guitar and drums. His first supervisor was Professor George Lee, his father, renowned educator and educational director of several music schools. He studied at the School of Music Interarte , and was a student of bass teacher John Nunes Panta .

Later continuing his studies in New York at the Collective School of Music, where he has the opportunity to study with Lincoln Goines, Hilliard Greene, Joe Fitzgerald, Frank Gravis, Joe Lovano, Jeff Andrews , Irio O'Farrill, Doug Weiss, Fred klatz, Peter Retzlaf, among others.

At the invitation of Santa Maria Blues Festival, directed in 2007 the training that would result in the formation of the Santa Maria Blues Big Band, a group that has been claiming the musical landscape of the Azores, and also collaborates with whom.

As a soloist and composer leads his own group, Cicero Lee Group, creating music in the world of Jazz music and Nu - Jazz.

Currently, he is a part of Dynamite Band, Tiago Oliveira Quartet and most recently Luis Dams. His debut album as a leader has the saxophonist Desiderio Lazaro, the pianist Julio Resende , Marcos Alves on drums, and John Mouse on guitar and co -production .