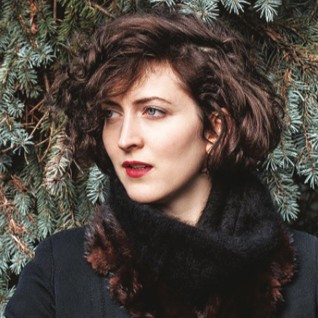 Eve Risser, performer, composer and arranger of improvised music from France, is a multi-instrumentalist widely recognized as an experimental pianist on prepared and unprepared piano. Risser's adoration of sound is evident throughout his work. Her strong sonic voice, relentless sense of pulse and exceptional use of extended techniques are truly unique and her multifaceted musical creativity has been heard in numerous venues, festivals and groups across the world.

Risser has her musical roots in chamber music as a flutist and pianist, turning his interest to the world of jazz and contemporary music in her late teens. In 2008 she won the 1st Piano Prize in Jazz and Improvised Music at the National Conservatory of Paris and a soloist prize at the International Competition of La Défense. In 2009 Eve won a place in the French National Jazz Orchestra (NGO) conducted by Danie Yvinec. She is the leader and co-leader of the Donkey Monkey group, a member of The New Songs Quartet and the trio EN-CORPS and has played and collaborated with great musicians such as John Hollenbeck, Billy Hart, Benoît Delbecq, Jon Irabagon, Mickael Formanek, Médéric Colignon and many more.

Currently, Eve's musical life is based in Paris, where she is involved in organizing creative music live performances and on the UMLAUT label. Risser released her first solo album last year, titled Des Pas Sur La Neige (Footprints in the Snow) for prepared piano, to high praise. On this album, the piano was described as an "endless source of sonic possibilities" by The Wire and "quiet and complex, elegant yet tense" by the New York Times.