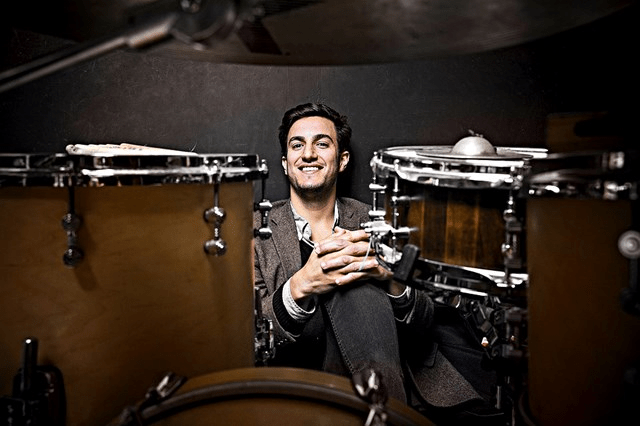 Born in Monterey in California, the son of Portuguese father born in Mozambique, but emigrated to Brazil with only 2 years old, and a Brazilian mother and Italian descent who moved to the United States at 16.

In Portugal, the "world citizen" Gabriel Ferrandini since 9 years, having been around here, ironically, he discovered jazz and improvisation. This fact explains the richness of jazz and improvised national scene, so many have already started to have repercussions in the world - as is the case, moreover, the fact that the Portuguese record label Clean Feed was chosen in 2008 by the online journal All About Jazz as label of the Year.

It is in this context that one has said the young musician, so much so that is very quickly becoming one of the most important drummers in activity in most western European countries.

With Motion Trio Rodrigo Amado, Red Trio, an electroacoustic group Flu and other contexts, including collaborations with renowned figures as Rob Mazurek, Alberto Pinton, Alfred "23" Harth, Raymond Strid and David Stackenas, among others , Ferrandini imposed a very personal approach to working with the sticks, somewhere between the styles of Paul Lytton and Paal Nilssen-Love. As already wrote jazz.pt magazine, "The future awaits you." (Rui Eduardo Paes, journalist, critic and essayist).