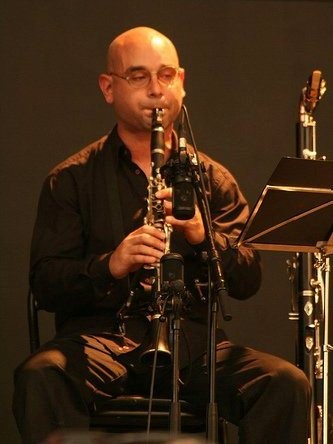 Born on April 9, 1970. Obtained the 8th degree of clarinet at the Academia de Amadores de Música in 2002. He attended the Escola do Hot Clube in 1995 and 2011. Regularly plays with the medieval music project Trabucos, having recorded CDs in 2011 and 2017. With jazz project Aljiçç having recorded Luísa Amaro in 2009, 2013 and 2013. From 2006 onwards, he works regularly in Portugal and abroad, having participated in Meditherrâneos and Argvs CDs.

He has long been interested in Arab, Turkish and Eastern European music, collaborating with Luisa Amaro and participating in the projects Al-jiçç, Alfa Arroba, 3-Bass-Hit, Macacos das Ruas de Évora and Pablibut Sone, in addition to theatrical projects.