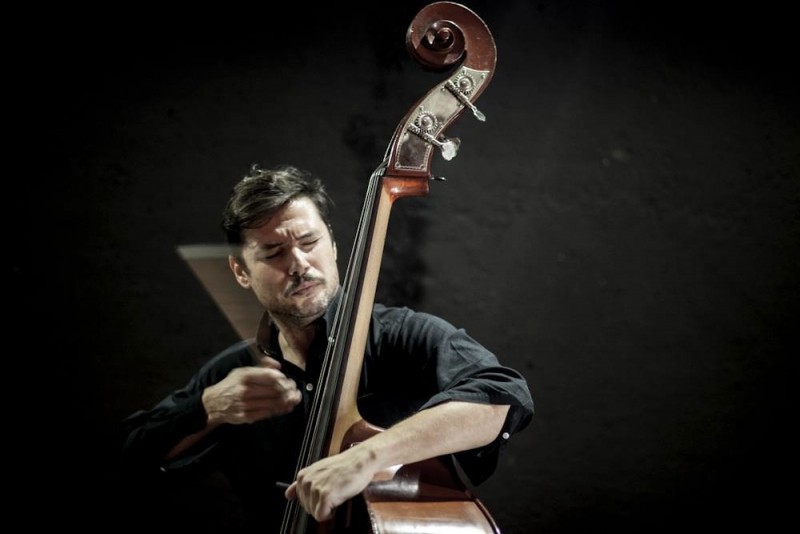 Born in Barreiro, Hugo Antunes's musical career had a later beginning. Already 26 years old, he began studying electric bass at Luis Villas-Boas Jazz School (of the Hot Club of Portugal) but, after six months, he moved to the double bass, persuaded by the then president of the club, Bernardo Moreira. Years later he entered a conservatory in Amsterdam, studying there for some time.

He returned to Portugal and, over a period of time, was taking private lessons and recording as a sideman. He moved to Brussels where he spent some years involved in various projects. In the meantime, he returned to Portugal, resuming the tour he was on last March, with the group he had in Belgium with Giovanni Di Domenico and João Lobo, Cornettada.

He can be heard in some recente projetcs, like Pedro Melo Alves' new electroacoustic project, Symph. A musician always facing several different fronts, there are already known international collaborations with Agustí Fernández, Roger Turner, Nate Wooley and Paul Lovens and national with Carlos “Zíngaro”, Miguel Mira, Rodrigo Amado and João Lencastre, among many others.