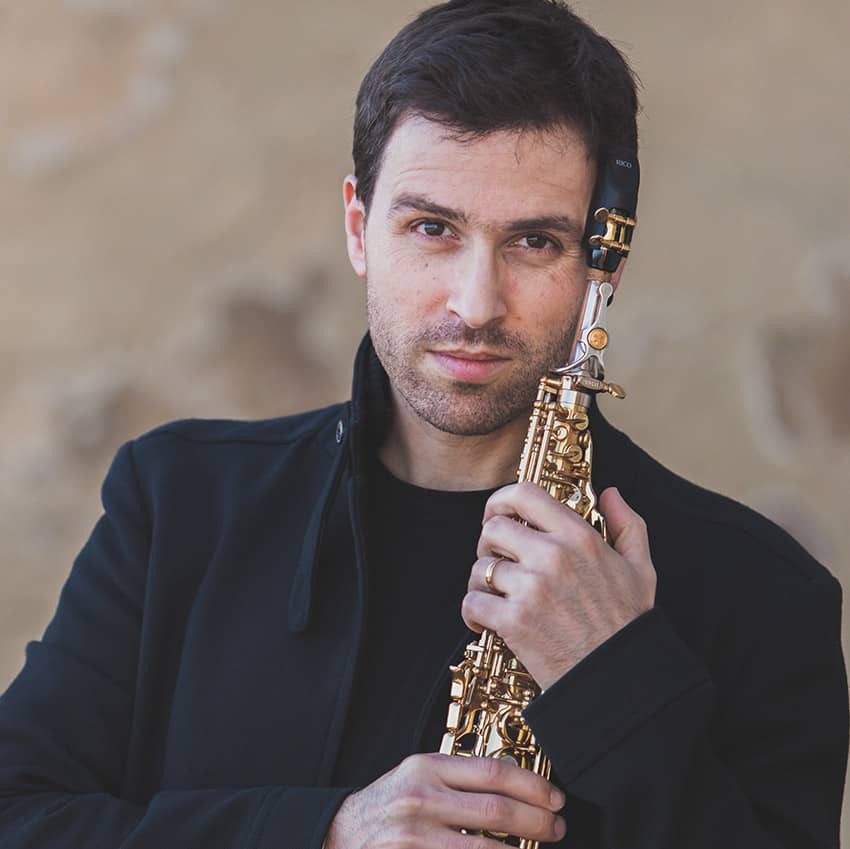 He began his musical studies at the Music School Oscar Smith between 1992 and 1997 where he studied Flute with Professor Louis Carrapa.

Finalized in May 2012 Masters in Jazz ESMAE having studied composition with Carlos and Paulo Azevedo Perfect.

In April 2006, with the Jazz Sextet ESMAE, participated in the 4th Festival of Jazz in St. Louis, where her award for Best Soloist and Best Combo was assigned. This group performed at the Guimarães Jazz 2006.

Was between January and July 2007 in Lemmensinstitut (Belgium) where he studied with Frank Vaganné, Dré Palemaerts, among others.

Currently part of the Jazz Orchestra of Porto having already participated in several projects , including the recording with Lee Konitz and Portology arranger Ohad Talmor , Blackberries and Raspberries with Maria João, and Our Secret World with Kurt Rosenwinkel , and with the latter, touched respected clubs in NY, Iridium and Birdland, and the Berklee Beantown Jazz Festival in Boston.

In June 2012 Aljamia launches album with music composed and arranged for you to CORETO - group of 11 musicians who currently leads - an editor with the stamp Door - Jazz.

Founded in July 2010, together with Luis Eurico Costa, Port - Jazz Association. The Association currently head with Susana Santos Silva, aims to promote Jazz and its musicians in the city of Porto.

It is since 2004 professor in the School of Music Valentim de Carvalho, where, besides teaching Saxophone, Flute, Combo and Big Band lead the students, coordinates the Jazz course this same school.

Alongside the musical activity studied Chemical Engineering at the Faculty of Engineering of Porto University having completed a degree in July 2000.