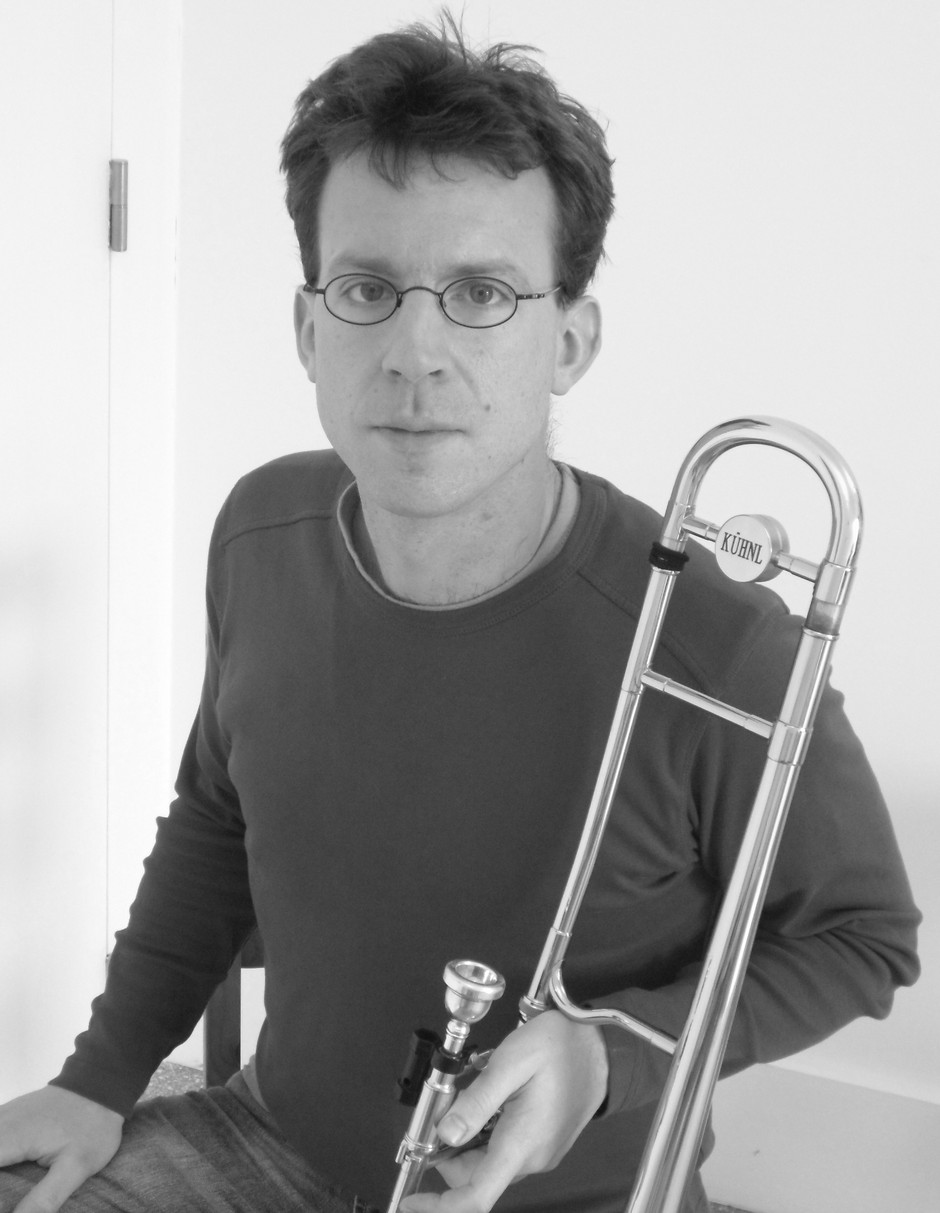 Lars Aren is a german trombonist based in Lisbon. He graduated from the Conservatory of Amsterdam, where he studied with musicians such as Bart and Erick van Lier, Marc Godfroid, Ilja Rijngoud, and Martijn Sohier.
At the moment he works as a trombonist and theory lesson instructor at Escola Superior de Música de Lisboa (ESML).
In Portugal, he works also with some of the top musicians of the national jazz scene and is frequently touring with important artists of the African music scene. Currently, he works on his own Portuguese projects like L.A. New Mainstream, L.A. Jumping Pulgas, and the Tora Tora Big Band. He also makes part of the Berlin-based project Octothorpe plays Aerogel.