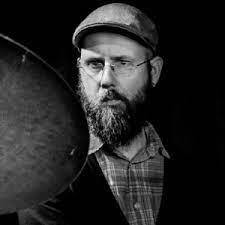 Born in Lisbon on June 28, 1978, began playing drums at 14 years. During the year, Luís Candeias developed as drummer in the rock and heavy metal field. This experience, along with knowledge and technique acquired in jazz, gave him a flexible approach that combines intensity and energy without ever neglecting the sensitivity of music practicing today. In 2000, he attended the school of jazz Luís Villas Boas, Hot Clube de Portugal, where he studied for four years with teachers such as Peter Madaleno, Pedro Moreira, Vasco Agostinho, Bruno Pedroso and others.

In 2004, he was admitted to the Conservatory of Amsterdam, the city where he lived for four years and graduated in "jazz performance". There developed several projects, each of which along with its Norwegian guitarist Stephan Meidell (Fundbureau). Accompanied musicians like Jasper Blom, Frans van der Hoeven and Jesse van Ruler. Participated in as many in various areas such as Pop, Rock, and of course jazz. He also recorded several albums, with Fund bureau, Christine Corvisier, Tini Tomsen, Duncan Haynes and Gonçalo Almeida, Acts, Heidi Happy to publishers with Swiss Little Jig and Mr. Eart groups and the German Neuklang. During the past few years, he has played for most of Europe. Recently back to Portugal resumes its national route.