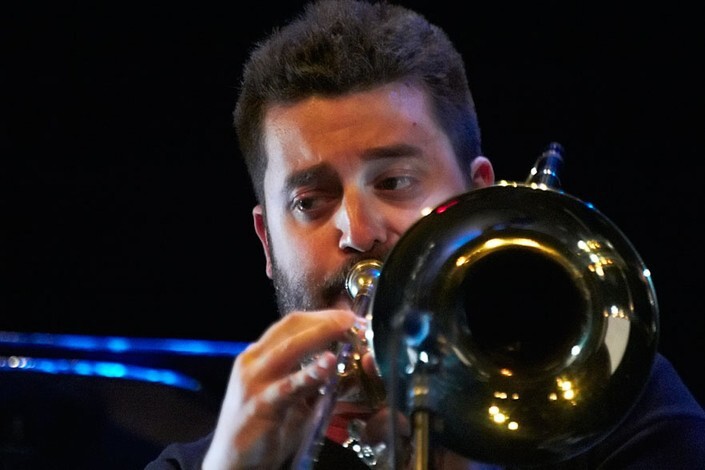 Luís Cunha was born in 1984, in Almada. He started his musical studies at 9 years old at CFIS’s —Centro de Formação de Instrumentistas de Sopro in Barreiro, where he studied trombone with Emídio Coutinho. He also attended classes of musical formation with Rui Matos. In 1999, he joined Escola Profissional de Música e Artes de Almada, under the orientation of Emídio Coutinho. At the same time he had classes of Combo and Jazz theory with José Meneses. He attended classes of improvement with Joseph Alessi, David Taylor and Scott Hartmann. In 2005 he concluded the course of Profissional de Instrumento at ETIC.

He taught the class of Big Band at Escola Moderna de Jazz de Almada-Seixal. Currently, he is a teacher at Escola Luís Villas Boas/ Hot Clube de Portugal, at Escola de Jazz do Barreiro and at ESTAL.

He is a member of Quintento Afonso Pais, of Estardalhaço Brass Band, of Sexteto Tomás Pimentel and of Quintento Luís Cunha/Filipe Melo. He is also still a member of Big Band from Hot Clube de Portugal, of Lisbon Underground Music Ensemble- LUME, of Reunion Big Jazz Band, of Big Band of Jorge Costa Pinto and of the Banda da Armada Portuguesa.