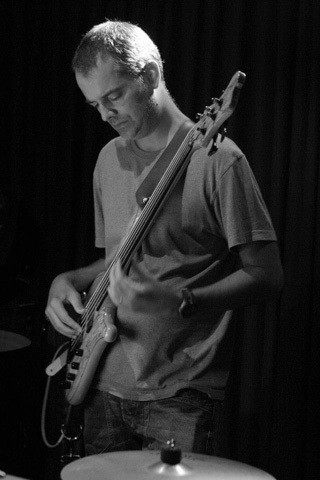 Bass/double bass player and compositor based in Lisbon, Miguel Amado was active in the Portuguese Jazz scene over a decade ago.

“Story To Be Told” is the third CD by Miguel Amado, released in his own name, after “ This Is Home” (2010) and “Mensagens de Fumo” (2014). He has also been working as a sideman, collaborating with some of the most valued Portuguese musicians in the jazz scene, in projects with Pedro Madaleno Underpressure, Spill, Ficções, and LUME (Lisbon Underground Music Ensemble) amongst others.

Miguel Amado also does some jobs as a freelancer to artists in other music scenes, such as pop music and R&B. Having performed and recorded with a good number of the biggest names in the music scene in Portugal.

Miguel Amado is also a teacher. He taught over some years in the conceitued Hot Clube Escola de Jazz, and currently teaches at the Universidade Lusíada Jazz and Escola de Música Musicentro.