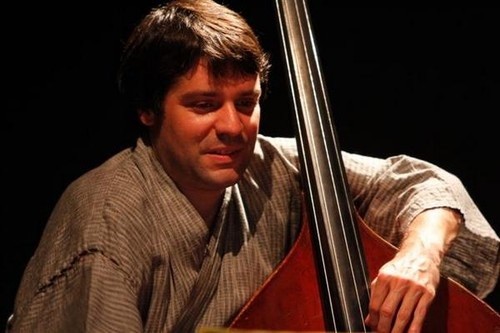 With a scholarship from the Alcantara Group, took classes with Professor Gary Karr on your Karrkamp the University of Victoria (Canada), and a grant from the Ministry of Culture has studied in the United States, particularly in the West Texas A & M University (Texas) and Butler University (Indiana) , under the guidance of Professor David Murray . In 1991 , he was awarded the 1st prize in the Carpe Diem Festival in 1994 the Young Musicians Award RDP, and in 1998 was considered the second best soloist at Butler University Concert Contest (USA, Indiana).

Working as an orchestra musician stand out with their collaborations: Lisbon Metropolitan Orchestra, Portuguese Symphony Orchestra, Sinfonietta de Lisboa, Chamber of Cascais and Oeiras Orchestra, Amarillo Symphony (USA, Texas) and Butler Symphony (USA, Indiana). Besides being a professor of double bass at the School of Music Choral Society Leiria (EMOL), the Regional Conservatory of Setúbal, in the Academy of Music and at the Music Academy of Alcobaça, musical areas that are dedicated to the repertoire bass solo, chamber music, orchestra, improvisation, jazz and other forms of creative music.