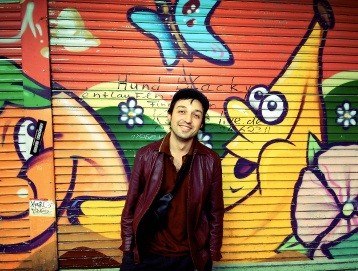 Rui Faustino was born in 1975 in Algarve, Portugal. He has been playing the drums since 1990. He started his studies in classical percussion at EPME Conservatory in 1994. After that, he moved on to the Jazz drumset which took him to Lisbon to study at HCP, and later to Berlin where he attended the UdK. Since 2000 Rui lives between Berlin and Lisbon and has been working with musicians from both countries. He has also made music for theater, dance, circus and film.