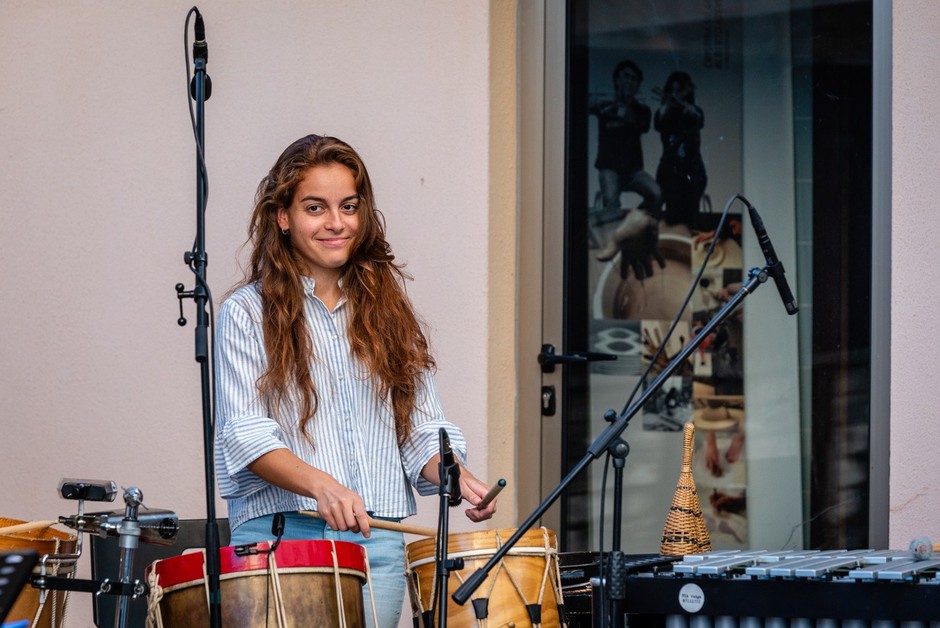 Sandra Pérez is a classical and traditional galician percurssionist. She did the Master’s Degree on Primary Education at the University of Santiago de Compostela and posteriorly she moved to Lisbon, where she graduated in the Music Course in the speciality of Percurssion at the Escola Superior de Música de Lisboa with Pedro Caneiro, Jeffery Davis and Richard Buckley. During her stay at the luso capital she collaborated regurlarly with the Gulbenkian Orchestra , the Ensemble of Gamelão by Java Yogistragong and with the maracatú Baque do Tejo. In 2018 she returned to Galicia where she currently finalizes her studies in Percurssion in Consevervatório Superior de Música of Vigo with Carlos Castro Roig. Very active in the galician music scene, colaborates in several projects with groups such as in Néboa, Mel duo, Sanchos duo, ROXA duo, the Classic Orchestra of Vigo, and the traditional ball group Inquedanzas and the Popular Music Band called Tui.