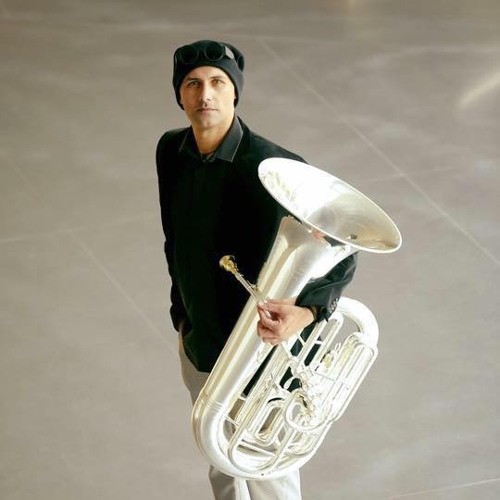 Sérgio Carolino is a Portuguese tubist and teacher, born in Alcobaça, born on 26 of October 1973.

The international reputation of Sergio Carolino was established because of his eclecticism, which goes from the interpretation of standard repertory and contemporary to the tuba and to the stylist approach of jazz, funk and improv music.

He is one of the most claimed tuba musicians, with constant activity on the quality of soloist and professor at the most claimed festivals, conservatories and universities in the five continents. He has received the Roger Bobo Award Prize on five occasions — in the years 2008,2010,2012,2014 and 2019; he has also received the Portuguese Jazz Musician Revelation Award (2004), the Carlos Paredes Award (2004), and the SPA Award (2013) in the category of classical music — for the edited work in the year 2012 such as the disclosure of the Portuguese music round the world.

Sérgio Carolino is since 2002, the main tuba soloist in the Symphonic Orchestra of Oporto, in Casa da Música, and since 2020, he is a tuba and musical creativity teacher in the Musical Arts Madrid. He is an executive artist in the Plataforma Artistica Palco Improvisado. Also, he was an invited teacher for a semester in the acclaimed Indiana University — Jacobs School of Music, Bloomington (USA). He’s also a teacher in the Escola Superior de Música and Artes do Espetáculo in ESMAE and Art director in GRAVISSIMO!— Festival and Academia Internacional de Metais Graves de Alcobaça.

He plays exclusively with nozzles with his signature from Brass.Lab MoMo atelier (Osaka, Japan) and with Mushroom Cup Mute, drawn and conceived by him, manufactured by the Austrian Johann Schipflinger.
Sebastián