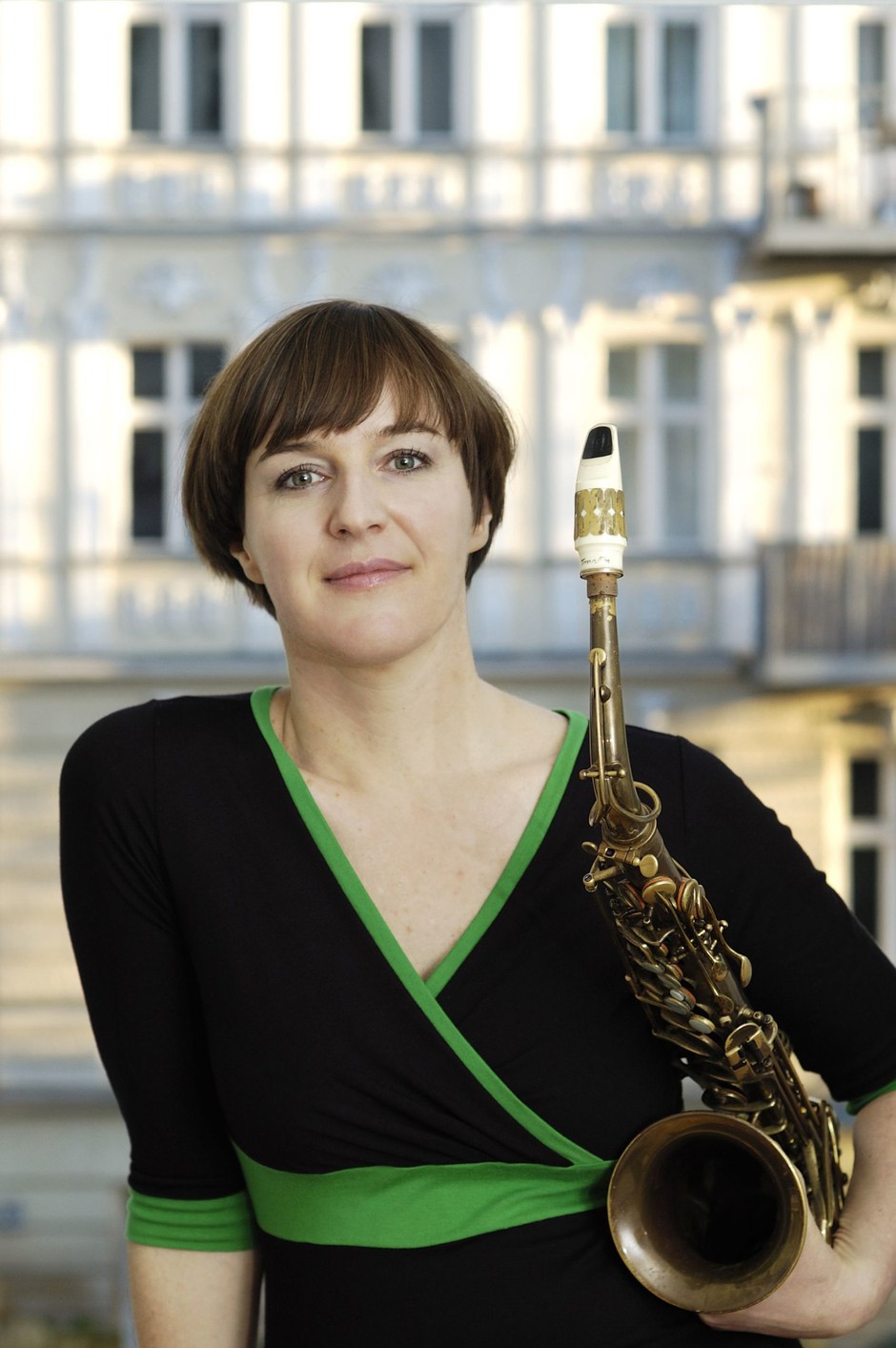 Silke Eberhard is a saxophonist, clarinetist and composer based in Berlin.

Since the mid-90s she has dedicated herself to the freer variations of jazz and improvised music. Her collaboration with Jan Roder and Kay Lübke, which began then and eventually resulted in the Silke Eberhard Trio, moves in this tradition in search of new challenges, that recently led to “The Being Inn” (the 3rd trio album, awarded the German Record Critics’ Prize, a concept album) – a cozy inn.

Her intensive occupation with the music of Eric Dolphy led to the project Potsa Lotsa, initially a wind quartet, interpreting the complete works of Dolphy. The project expanded to the Septet Potsa Lotsa Plus (plays Love Suite by Eric Dolphy) and ultimately to the tentet Potsa Lotsa XL, which so far performs solely Eberhard’s compositions.

She composes for small and large ensembles, contemporary music and jazz. In her wide-ranging work as a performer, she also focuses on improvised encounters in dance, theatre and visual arts.

She works with many collective ensembles, including the duo with Ulrich Gumpert, the duo with Uwe Oberg ( + trio with Gerry Hemingway), Matsch & Schnee, I am Three …. she performs / recorded with numerous musicians of the international jazz scene such as Aki Takase, Nikolaus Neuser, David Liebman, Sandy Evans, Hannes Zerbe, Wayne Horvitz, Dave Burrell, Michael Zerang, Maggie Nicols, Joe Morris, Michael Formanek, Talibam! amo… and travelled with her music all continents except Antarctica.