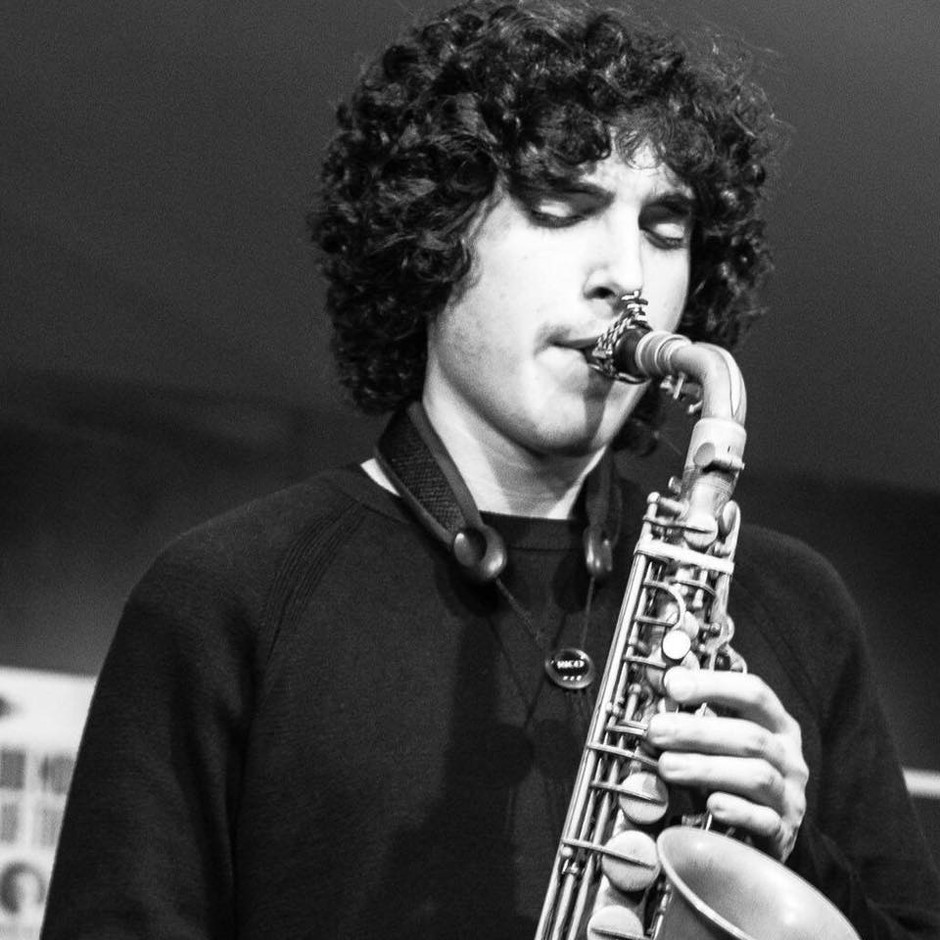 Tomás Marques (1999) is natural from Estarreja, Portugal. He started his musical studies at 3 years old in Music Band in Loureiro, starting with piano and moving to clarinet. Later he moved to the Musica Band in Salreu, opting for the soprano saxophone.

At 9 years old he entered in conservatory of Aveiro. He studies jazz in the Superior School of Music in Lisbon. Currently he is part of the Big Band Estarrejazz, where he has worked with musicians such as Maria João, Mário Laginha, Carlos Azevedo, José Eduardo. And in Orquestra Hot Clube of Portugal, where he has also worked with Joe Lovano, Miguel Zenón, Julian Argüelles and Perico Sambeat.

He is part of the sextet of Bernardo Moreira, Pedro Moreira Sax Ensemble, LAB, Paula Oliveira 5tet, Fanfarra Kaustika and his own quartet. Recently he received the “Músico dos Anos 2018 Nacional Revelação” award from JazzLogical, “Artísta Revelação 2019” from RTP/Festa do Jazz, also he gained the 1st Place of the Award “Prémio Jovens Músicos” in the jazz category with his quartet.