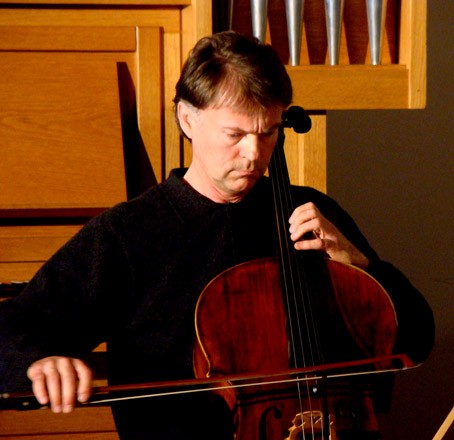 German cellist, completed his cello studies in the 1970s, in Tübingen, in Germany, with professor Stefan Zarnescú. Since 1996 he lives in Lisbon, where he teaches cello and music composition in the areas of contemporary, experimental, improvision, free-jazz, and sound art. He collaborates with various artists in plural disciplinary projects. He’s currently a member of the association of artists called Granular.

He's currently participating in projects like the I/O duo, of electro-acoustic music with Carlos Santos, still acting with groups such as Zíngaro, Open Speech Trio, and Separados Frutos. He has already created music for dances, movies and performances, and has acted with various musicians such as Kurt Laurenz, Fried Dähn, Rodrigo Amado, Emídio Buchinho, Reinhold Friedl, and many others.

In 2004 he was invited by choreographic Rui Horta, to participate in an artistic ensemble named Colina, in Centro Choreográfica in Montemor-o-Novo. He originally interpreted music composed by Nuno Rebelo in 2001, to Como Rebolarmente About an Inner Void, with choreography by Vera Monteiro to the Gulbenkian Ballet, in addition to those various projects that involve experimental and improvised music he has recently collaborated with dancers like Jane Manson, Marta Cerqueira, Hillell Kogan, Paula Pinto, Vitor Garcia, Manuel Silva, and many others. In 2010 he was invited through the collective of Evan Parker entitled Call Them Improvisers, to play at Sonorities Festival in Belfast, Northern Ireland.

The most recent work of the musicians was released in the year 2021 and it's called Studies on Color Field Modulation, it comes from the duo where Mitzlaff joins Carlos Santos, the I/O.