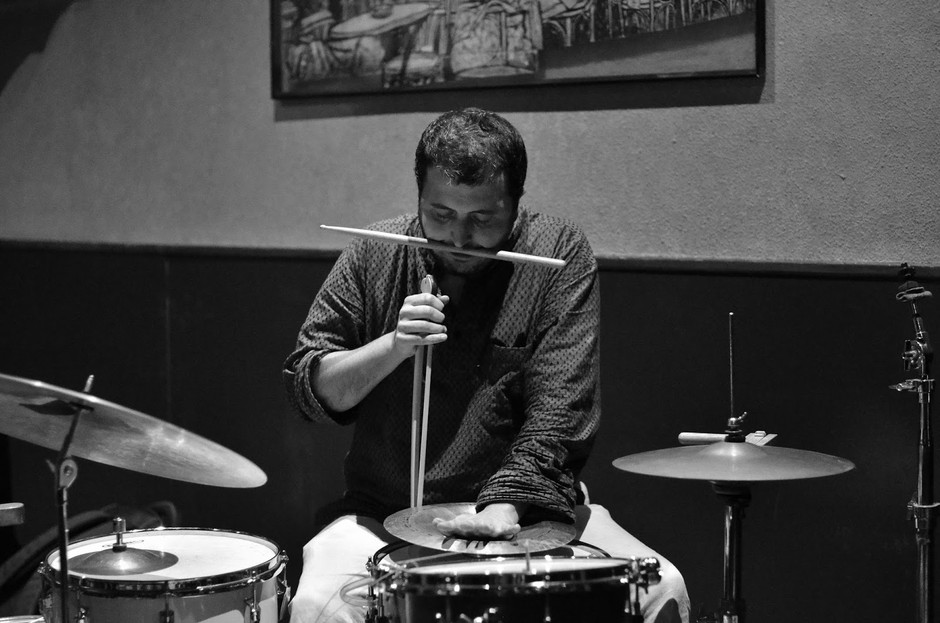 The Luso-catalan percussionist Vasco Trilla is na omnipresent figure in european improvisational music scene. Vasco Trilla has coloborated with numerous Portuguese Musicians, including Luís Vicente — with this duo they recorded the album Side of Darkness in 2019.

He’s one of the most active, hribid and creative percussionists in the musical scene of Barcelona. He has recorded more than 70 albuns of free jazz, jazz rock, progressive rock/metal and ambiente music. Musician with a vast experience, most of his career was developed overseas, especially in the Polish, Dutch and Portuguese music scene. The key attributes of his sucess seem to consist of three factors: imagination, cross-genre experience in performing music and the constant search for expanding the limits of the instrument. In the recente years, he has become one of the most solid and in-demand voices of the European free improvised scene.