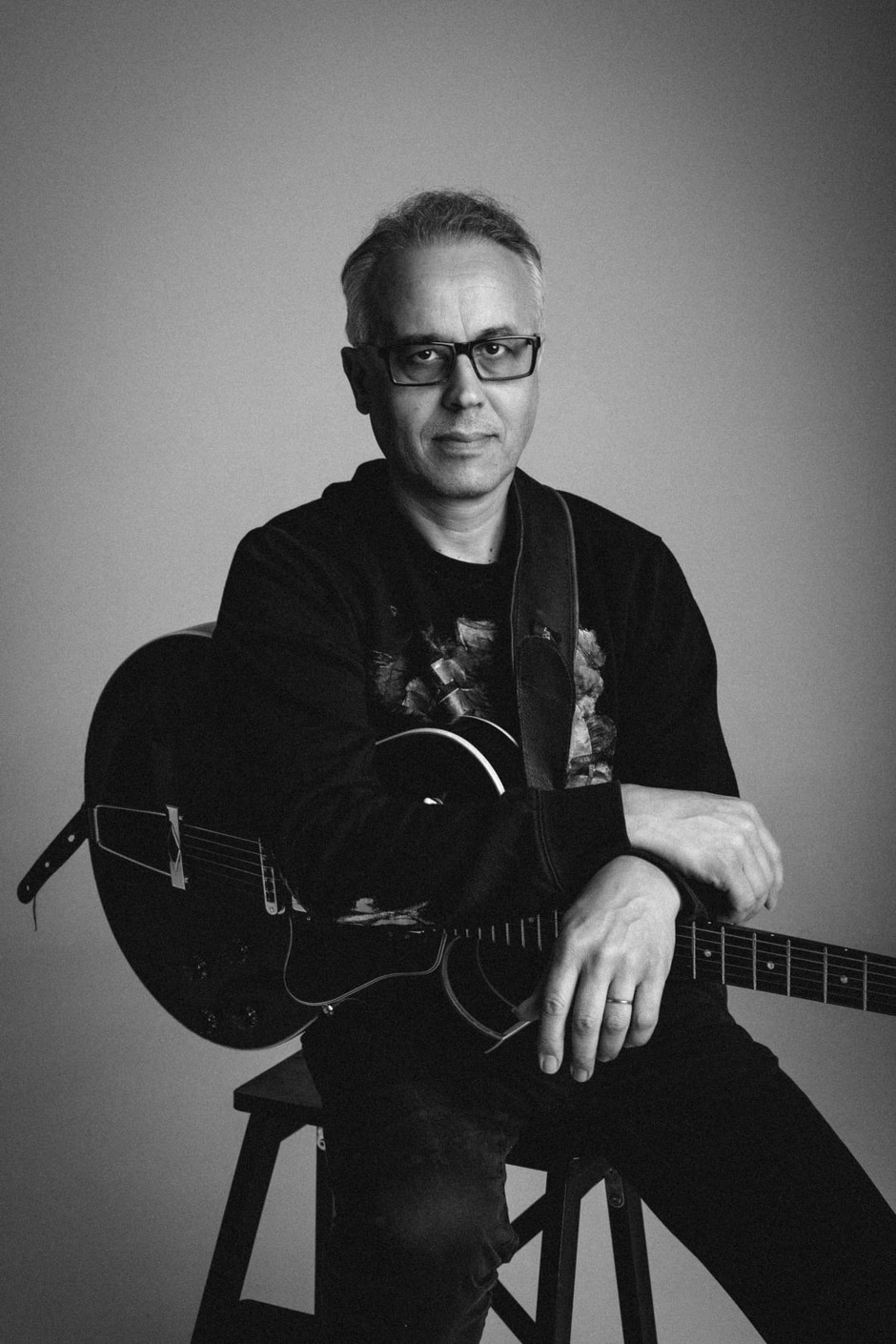 Zé Soares was born in Castro Verde in 1965. He started his musical studies in 1984 in Academina de Música de Beja, he had posteriorly completed the 8º degree in Classic Guitar, with professor Piñero Nagy, and the 8º degree of Musical Formation in the Academia de Amadores de Música in Lisbon.

He studied Jazz Guitar with Eddie Goltz and posteriorly in Hot Clube in Portugal with Mário Delgado. He has a Bachelor Degree in Jazz from the University of Évora. As a compositor, he formed his own project of originals in the área of jazz, in 1994, named Politonia, edited in October of 1998. His first discographic work “Lisboa”, was presented in thee year 2000 on the television show A Outra Face da Lua by Júlio Isidro. In 1998, he composed the original song to the inauguration of the paiting exposation Tons e Sons by the plastic artist São Nunes, in Lisbon In 2001, “Porto 2001” comissioned him 5 original compositions, to be integrated in the 1º Real Portuguese Book.