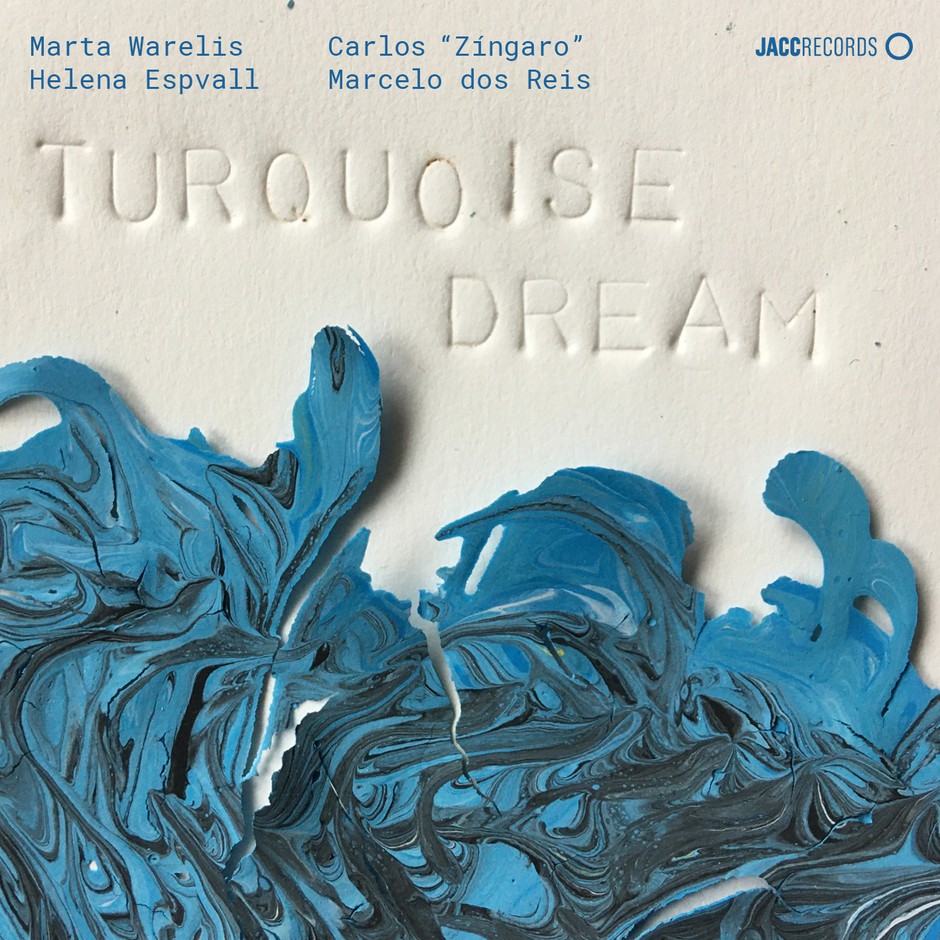 Another excellent review for "Turquoise Dream"

The result is as fresh as it is fascinating. The five pieces each have their own character, ranging between nervous interplay and quiet intensity.

On "Turquoise Dream", we find Marcelo Dos Reis and his acoustic guitar in a string ensemble, with Marta Warelis on piano, Carlos Zingaro on violin and Helena Espvall on cello and effects. Their approach is minimalistic, with little sonic bits creating shimmering and fragile soundscapes, gently and cautiously. There is no real soloing taking place, nor harmonic or rhythmic development, and that allows the musicians to focus on active listening and tight interaction, and free sonic creativity. The result is as fresh as it is fascinating. The five pieces each have their own character, ranging between nervous interplay and quiet intensity.


The real discovery in this ensemble is Marta Warelis, who graduated with honours in her native Poland before moving to the Netherlands to attend the Prins Claus Conservatory. She has become an active member of the Amsterdam free improv scene, playing in a dozen ensembles and with now seven albums released. She manages to nicely balance hypnotic runs on the keys with unexpected sounds from the inside of the piano. Swedish cellist Helena Espvall has credits on more than 100 albums, and her career has fluctuated between the genres of rock, folk and the avant-garde. We probably now her best from her collaborations with the Portuguese Creative Sources ecosystem. Carlos Zingaro no longer needs to be introduced, apart from the fact that he manages to keep his playing and improvising young and new.


Regardless of their backgrounds, age differences ... or maybe because of this diversity, the music moves as one. The respectful co-creation of the music results in fascinating moments, mesmerising and compelling. And like with the other music of Dos Reis, the combination of repetitive elements and completely free notes works. It would be hard to speak of real rhythms, but rather of pulse, a forward-moving dynamic that captures the listener physically, and that offers a backbone for the other musicians to join or escape into wilder territory, knowing they can return to the base.


This results in gradual movements, minor shifts and changes, lightly touching on the possibility of forms and patterns to be created, but still withdrawing into abstract shapes and colours, and back, in line with the dreamstate suggested by the album's title. The canvas they create is intense, full of fantasy, kaleidoscopic, unpredictable and smart. The result is music that you can listen to endlessly without tiring of it. 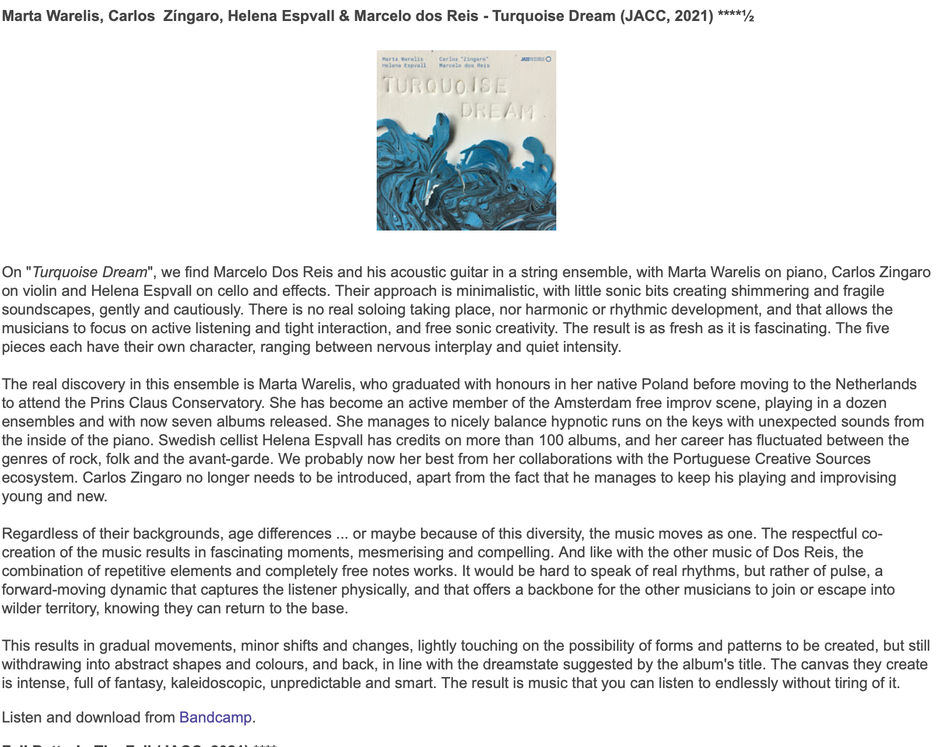