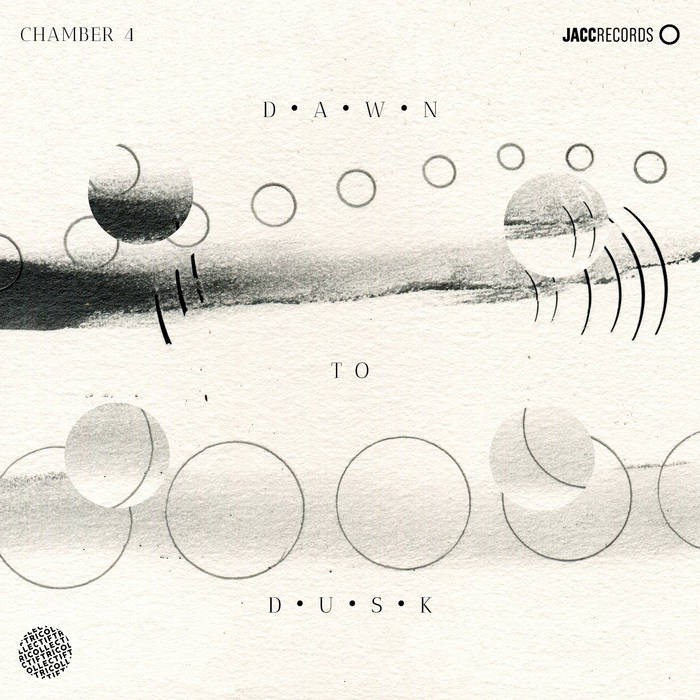 "The "Chamber 4" ensemble is some kind of match made in heaven : the Ceccaldi brothers from France (pronounced 'say'kaldi') with Théo on violin and Valentin on cello, and the Portuguese "brothers" Luis Vicente on trumpet and Marcelo Dos Reis on acoustic guitar (see our review of their recent activities  here).  They started their collaboration with the impressive "Chamber 4"  in 2015, followed by the equally impressive "City Of Light" in 2017 and here, which we reviewed even twice.

Today we can rejoice to have their third album to listen to, and it's equally spell-binding and infectious. Their line-up is that of a chamber ensemble, without rhythm section, just four lead instruments collectively creating a sound that's relatively unique. The interplay, the slow, intensive progression of the music, the emotional depth and instrumental skills all combined have something of musical magic, resulting in the creation of otherworldly beauty.

They have designed a musical concept that at least I could listen to for hours, again and again: it is intense, precise, controlled, free, slow and with a wonderful collective sense of what the interaction will sound like. It is the kind of music that makes all other music sound shallow, loud, cheap and banal.

Their recipe is familiar in the meantime. Dos Reis's acoustic guitar, often supported by the cello, designs a rhythmic pattern, based on arpeggiated chords, repetitive to the extent of becoming hypnotic, driving the ensemble forward with a deep sense of musical dynamics and harmony, while Vicente's trumpet and Théo Ceccaldi's violin create the high-pitched phrases (not really solos) like sonic colouring, with broad sweeps of sound, ranging from agony over sadness to jubilation. Any of the four musicians can make the mood shift from quiet to relatively intense and back to welcoming harmonies and moving on to raw dissonance, and all this while maintaing the consistency of the whole.

Their coherence in the delivery in this is breath-taking, as is the natural progress of the music itself. I compared it before to a flight of starlings: they take fast collective changes and turns, and deliver incredible acrobatics simultaneously and without any clear leader in the flight or murmuration.

For this album, they took their inspiration in the cylce of the day, with "Dawn", "To", and "Dusk" the titles of the tree improvisations. Stylistically they cover a lot of ground too, and it's not clear whether this is modern classical music, or jazz, or free improvisation. They integrate all three and go beyond. They are less interested in timbral explorations than in the quality of their melodic and harmonic co-creation. You can listen to it rationally and aesthetically and appreciate the quality of the performance, while at the same time being swept away by the deep emotional drive and power of their music.

The music was recorded live at the Jazz ao Centro Festival, in Coimbra, Portugal, on October 12, 2020.